Our Lync server caused us months of pain. So we took it out to a yard and smashed it up.

Watching the video above, you might be left scratching your head. What would drive the mild-mannered employees of a successful IT business to commit an act of wanton destruction against an innocent server?

Look again. That server is anything but innocent. It’s the Sangoma Lync Express, and we hate it.

If you’ve ever tried to set up and use your own Lync server for voice communications, you might be nodding your head rather than scratching it. The destruction was a moment of pure catharsis – the purging of two years of pent-up frustration at an infuriating piece of technology that caused our business hours of pain and grief and cost.

How did it all start? What happened to let it get this far? And did it really catch fire? (No.)

Let’s go back to the very beginning. In 2014, CompanyNet moved from its premises on the outskirts of Edinburgh to new headquarters in a lovely old building on George Street. When you move a business, telephone companies start courting you, keen to tie your business in to a new long-term deal. But we wanted to try something new – so we left our old BT leased line and phone system behind, and didn’t buy a new one. Instead, we decided to try to do everything through the network.

As a Microsoft partner, we were keen to switch to their Lync Voice product. Although it was designed for huge enterprises that dwarfed ours – nobody else was using it on a smaller scale – we had a genuine ambition to use it. Together with our new telecoms provider, Fluency, we looked at how we could make it happen. The upshot was that we’d need a cluster of expensive new servers running various aspects of Lync Voice in order to integrate it with our existing Lync system, and that just wasn’t viable.

There was another way, though. A Canadian voice over IP (VoIP) company, Sangoma, had started offering a one-server, out-of-the-box solution that claimed to contain everything a business needed to run Lync Voice, with just a little configuration. It was still an expensive investment, but the cost was met in partnership with Fluency, who were interested in trying out the technology too. 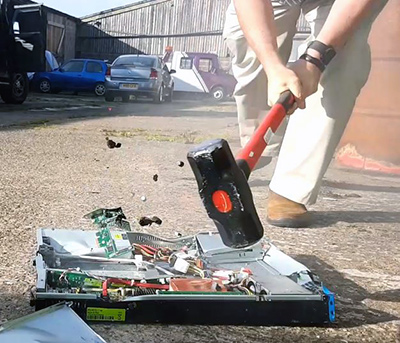 That supposed tiny amount of configuration turned into nine very challenging and painful months for our IT staff. IT Manager Dave worked with contractor Danny Creasey to try and get it all up and running.

The hardware was hopelessly under-specced for the job, and the software seemed designed to cause headaches at every step of the way. We ended up splitting off some of its tasks to a separate server just so the Sangoma machine could cope. But while it was a challenge, the team got the server working, and it ran Lync Voice – with intermittent problems – for nearly two years. We became one of the very first SMEs in the country to switch our communications entirely to Lync including Voice, now known as Skype for Business Online.

As with any step towards digital transformation, this wasn’t purely a change of technology. In fact, the challenge for staff of switching from desk phones to computer headsets proved a challenge almost as big as the setup itself. We had underestimated the reliance on picking up a phone. However, this behavioural change was just part of the teething pains. The advantages of switching to computer-based telephony – which underpinned an expanded flexible working policy – contributed to a more forward-thinking and productive workplace culture.

Heading for the cloud

There was still an issue, though: our setup was a hybrid. Everything else, from document storage to SharePoint to email had been moved into the cloud courtesy of Office 365, but our telephony was still running on an on-premise server. 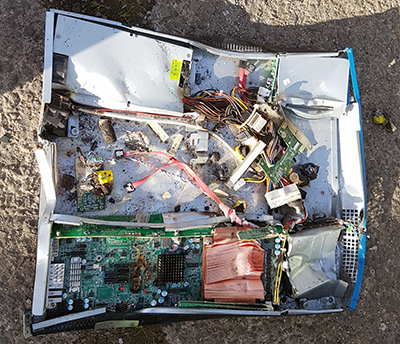 That didn’t sit well with anyone; our philosophy is that the business should be independent of the building it’s physically located in. If there was a power cut in our building, or if the hardware had broken down, it would take all our telephones with it.

Fortunately, while we were battling with the hardware, Microsoft had been working on making their product better for SMEs. In 2016, and now a Microsoft Cloud Productivity Gold partner, we took the opportunity to be one of the first to switch entirely to the cloud. That meant we could ditch the Sangoma server – and all the pain that came with it. Our four-year transition from a traditional, hardware-reliant PBX to a flexible, entirely cloud-based solution was complete.

The joy of decommissioning

The good news for everyone else is that it doesn’t take four years anymore. If you’re on a PBX system today, you can switch to the cloud with Skype for Business completely painlessly. It’s not necessarily a saving on cost – you’ll be paying about the same. But it lets you, as an SME, act like an enterprise, with enterprise-quality telephony. 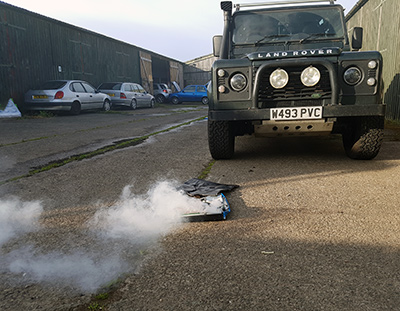 It enables flexible and remote working, and gives you a host of enterprise-grade features: collaboration, screen sharing, voice telephony that’s not tied to a physical location, voicemail, call forwarding – the list goes on and on.

We had great fun ‘decommissioning’ our hardware, because moving away from the past should always be a joy. We drove the Sangoma server out to a yard, packed it with smoke bombs for effect (quickly discovering the warning about inhaling the smoke really should be taken seriously), and took enormous pleasure in wreaking destruction upon it. Its reign of terror came to an abrupt end thanks to the judicious employment of a two-ton Land Rover Defender and a 20lb sledgehammer.

We can help your business experience just as much joy by helping you make the move to the cloud. While smashing up hardware isn’t a standard part of our service, we’d be happy to accommodate any special requests.

Check out our Office 365 cloud augmentation services to find out how our experts can help you on your cloud journey.