As we continue to celebrate our 20th anniversary year, it’s time to look at CompanyNet’s formative years – and some key early customers.

Last time, we travelled back through the mists of time to the founding of CompanyNet in 1996. We were one of the first Scottish companies to realise the incredible potential the web offered businesses. And, once we had found our feet, we quickly began to win contracts.

CompanyNet soon developed a reputation for helping organisations develop a presence on the web. In our first few years, this led to our gaining work with several key customers. In helping them expand their business online, we were helping our own business grow. 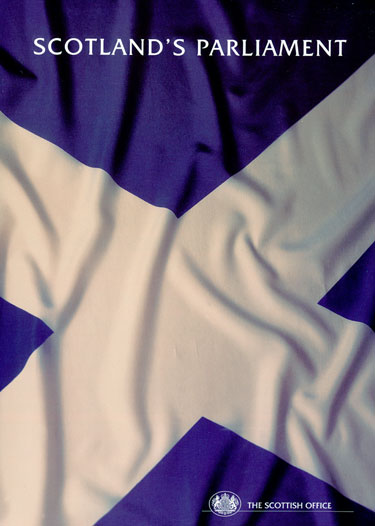 On the public sector side, our start-up business cemented its reputation by working with the Scottish Office to build a website on the issue of Scottish Devolution. The site gained plenty of positive media coverage, especially as print copies of the white paper, “Scotland’s Parliament”, ran out, and thousands turned to the digital version. The pioneering, democratising nature of the website we created reflected the hope of the vision for a new Scottish Parliament.

Having had a taste of the open access to knowledge that the web allowed, we built the Scottish Office’s website. The ability to directly download press releases went down particularly well with journalists. A Scotland on Sunday staffer said: “It’s very useful – if you need a document, you can avoid the press officers”. It was also a hit with campaigners, who now had instant access to all the government information they needed, rather than just the select information they could have posted to them.

In 1998, we developed and launched Historic Scotland’s first website, using the interactive Shockwave platform to deliver a highly-engaging multimedia experience. As the press noted at the time, however, this wasn’t just a flashy frontage; the interaction was backed by complex databases of historic sites.

This meant visitors could draw really in-depth information from a simple, intuitive and fun interface – something we continue to promote as a key to user engagement in our work today.

As a fully certified Microsoft Gold Partner we were now turning over £½m, and making considerable progress in gaining an enviable portfolio of private sector customers too. These included Standard Life – who we work with to this day, having delivered their global corporate intranet in 2016 – and Burmah Castrol, who would soon go on to play a very important role in our story…

Find out what happened next in our next 20th anniversary blog post. Make sure you’re the first to hear from us – follow CompanyNet on LinkedIn and on Twitter.