We will be attending the Microsoft Ignite Conference at the end of this month to bring back insight into the latest Microsoft technologies.

What is Microsoft Ignite?

Some of the CompanyNet team will be attending the Microsoft Ignite Conference at the end of September in Orlando, Florida. The event will showcase Microsoft’s products and services and provide an insight into “tomorrow’s tech”.

END_OF_DOCUMENT_TOKEN_TO_BE_REPLACED

Microsoft has announced that PowerApps has continued to grow in popularity as the first choice for creating data-driven business apps.

More and more businesses have been taking up the technology, which allows business users to create task-specific apps that interact with your business data without having to rely on IT support.

The last quarter has seen companies including Metro Bank in the UK and G&J Pepsi Bottlers (the USA’s largest Pepsi franchise) putting to PowerApps work.

Metro Bank have created an app powered by Dynamics 365 which lets customers pre-book appointments, complete with SMS reminders, letting them get on with their day rather than waiting around in-branch.

G&J are using PowerApps to rapidly develop apps to streamline workflows such as equipment requests and mileage reports, reducing paper usage, processing time, and the potential for mistakes.

PC Magazine recently called the platform “a power user’s dream”, giving it an editor’s choice award for low-code application development – putting it further ahead of similar products from Google and Salesforce.

It’s all testament to the fact that PowerApps is already changing how businesses interact with their data. We’ve been using PowerApps since its inception, and – as a Microsoft Gold Partner for Application Development, we can help your organisation make the most of it, too. Get in touch now.

Read the full update from Microsoft

Timing is everything: How we’re evolving our business model

Just over 20 years ago, the World Wide Web as we know it was just emerging. The dotcom bubble had yet to burst; Yahoo and eBay were barely a year old, and Google was just a twinkle in the eye of Page and Brin. 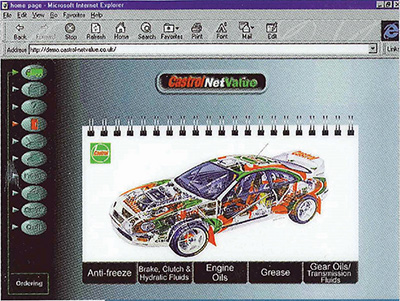 An early site we developed for Castrol

It was into this climate that CompanyNet was born. When we were founded in 1996, there were immediately lots of exciting new business opportunities to service – particularly building websites and portals, often based on Microsoft technologies.

Bespoke software development was the name of the game, and we enjoyed the challenges and satisfaction of coding custom systems.