We were at Microsoft’s Worldwide Partner Conference last week in Toronto. Read on for an exclusive summary of where Microsoft is headed… 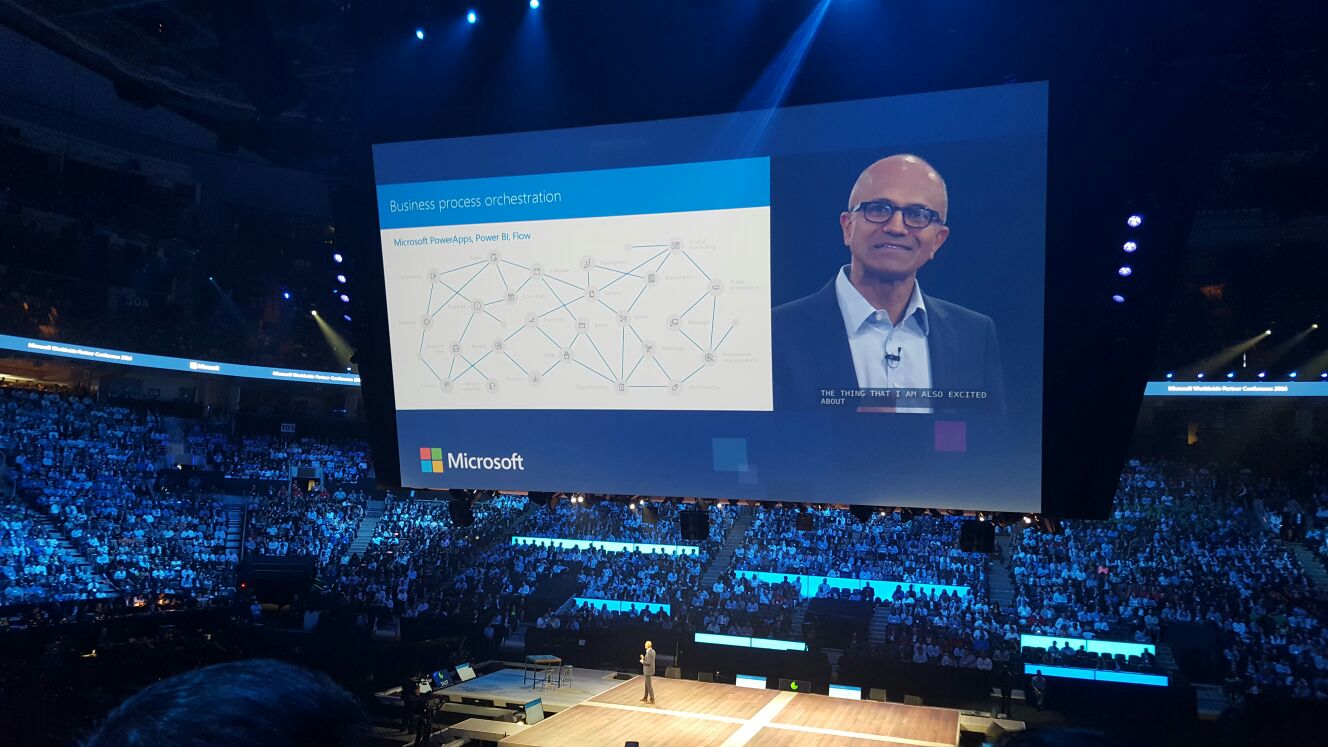 CompanyNet was in Toronto last week for Microsoft’s annual Worldwide Partner Conference (WPC). Our Business Development Manager, Brian Douglas, and business tech journalist Bill Magee, met with other Microsoft partners, attended sessions on the future of Microsoft technologies, and reported back on what they found.

Satya Nadella delivered his Vision Keynote, recognising Microsoft’s achievements in the last year, and setting out priorities for the next 12 months and beyond. The focus was on digital transformation in the cloud through engaging customers, empowering staff, optimising operations and transforming products.

This is great news for CompanyNet, where we are already well-placed to help our customers undergo a digital transformation. Our enterprise-ready software like Kira Cloud intranet for SharePoint is already giving businesses an easy way to get on board with a cloud-based vision of the future.

Satya also talked about Dynamics 365 as a new Microsoft service that embodies that vision, particularly for reinventing business processes.

You can read Bill’s report from the keynote.

The Vision Keynotes on the second day of WPC focused on building an intelligent cloud platform, reinventing productivity and business process, and creating more personal computing.

A guest spot from Facebook’s CIO Tim Campos announced that the social media titan has switched to Office 365 for all its staff. And Microsoft launched AppSource – a new shop window for enterprise apps.

In the Vision Keynote, Microsoft’s hugely-engaging and impressive legal counsel Brad Smith spoke passionately about the US Government and its attempts to force Microsoft to release customer emails from servers located in other countries (Ireland being the test case). The good news is that Microsoft won the battle this time.

Gavriella Schuster, Head of Partner Channel, focused on the cloud opportunity and the “modern cloud partner” – a recurring theme of this year’s WPC.

On the final day of WPC, we went to the UK regional session led by Microsoft’s SME Partner Manager Clare Barclay. It was an extremely engaging and creative session, delivered as a ‘TV channel’, complete with weather reports – no surprises that there was plenty of cloud moving in!

In case you missed them – and weren’t there yourself – here are Bill and Brian’s blog posts about WPC 2016: